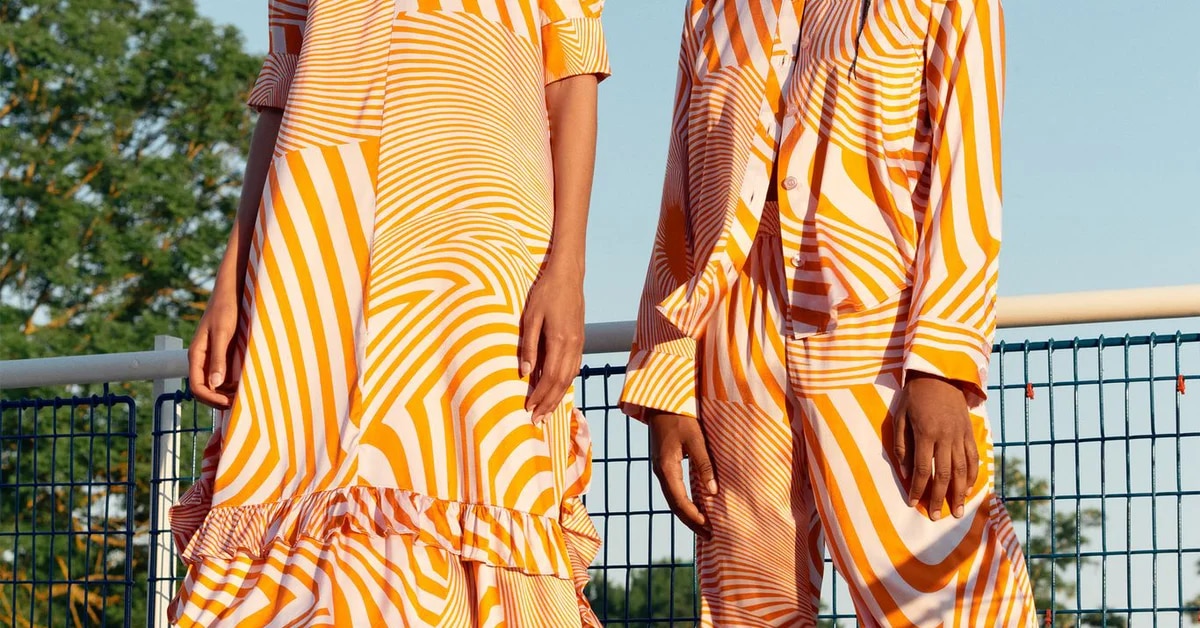 Summer fashion is always something more colorful and more daring. But this year, designers even went to the extreme with their psychedelic motifs, which are presented cheerful and at the same time sophisticated.

These are powerful structures, patterns full of spirals, snakes and twists, graphic elements that sometimes make the gaze flicker. But cashmere prints and large-format floral contrasts are also present in the collections.

And do you have the feeling that you have already seen all this? Indeed, these motifs had their great debut in the late 1960s and early 1970s. “They first appeared in the hippie movement, among students and activists against the Vietnam War,” says fashion consultant Andreas Rose, from Frankfurt.

The fact that these psychedelic designs are so often found in today’s collections may have something to do with the time: with Fridays for Future, a renewed protest movement was established among young fashionistas.

But it’s not just about that. “These motifs are a fashion statement in favor of joy of life and optimism,” says Rose. And, as you know, these two factors never hurt, especially in these uncertain times in the midst of a pandemic.

These prints are highly eye-catching. Therefore, we must give them space so that they can unfold visually, advises the fashion editor of the magazine “Vogue” Patrick Pendiuk.

“It works best if you combine one piece with a psychedelic motif with another in neutral colors,” he says. Pendiuk is particularly committed to strong tones, especially dedicated to the most daring fashionistas.

But even those who prefer greater discretion don’t have to give up this look: This summer, psychedelic prints are also available in softer shades or classic black and white.

Although the mix of prints that has been practiced for a long time in fashion is still in vogue, it finds its limits with psychedelic designs. They are so striking that mixing them with other patterns should be the exception rather than the rule.

Mastering the combination with these motifs, often colorful and intentionally restless, is a special challenge, it is “the queen category”, says Patrick Pendiuk.

“Because not only do they have to harmonize the individual motifs with each other, but whoever wears them also has to pay attention to the proportions, the size of the individual patterns and many other details,” he adds.

She also recommends discreet combinations. “For example, it looks better if you combine a skirt or trousers with a psychedelic design with a smooth top in a calm tone,” he says.

A (leather) jacket over an upper garment with a colorful print also softens its effect. The same goes for a wide solid-colored belt.

On the other hand, accessories can be more eye-catching again: “Scarves, sunglasses in the style of the seventies or a striking wallet will give you the last touch,” Rose points out about this trend towards strong and showy motifs.